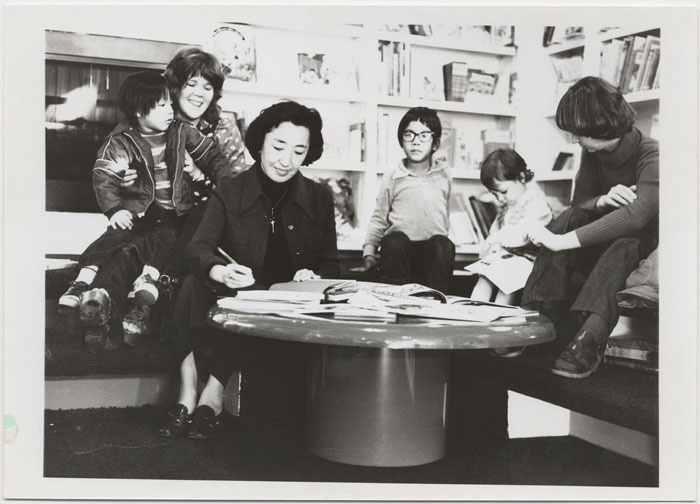 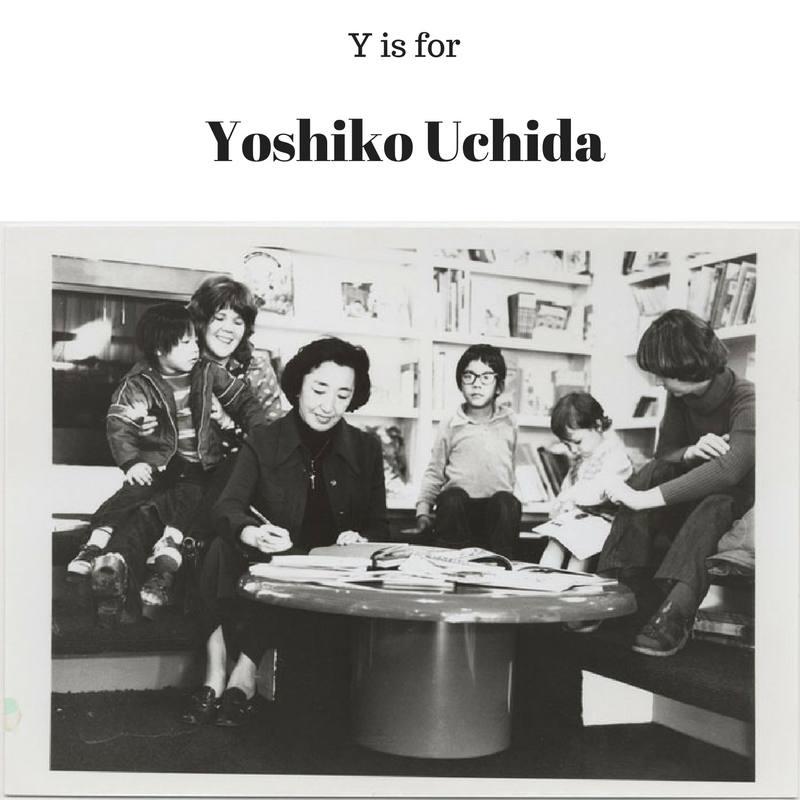 Each week for 26 weeks, I am publishing a post about women who are not widely known but should be—women who can inspire us, teach us, and encourage us to get out of our comfort zones and reach for our dreams. Week 25 of my A to Z challenge introduces us to Yoshiko Uchida.

I wish I could write children’s books, and I have tremendous respect and gratitude for those who do. If you spark children’s interest in reading when they are young, they will become lifelong learners. Some of my most treasured memories are of reading with my twins as we snuggled together in bed at night—Beatrix Potter stories, Frog and Toad’s adventures, Roald Dahl’s wild rides, If You Give a Mouse a Cookie, Stellaluna, Amelia Bedelia, Winnie-the-Pooh, The Giving Tree—so many wonderful journeys we shared.

And as my children grew, we ventured into some tough life lessons delivered to them in a way they could understand. Yoshiko Uchida had this amazing gift—she wrote about difficult issues in a way that children could begin to make sense of them. Yoshiko Uchida was born in 1921 to Issei parents who had both immigrated to the US and agreed to an arranged marriage in 1917. Yoshiko and her older sister lived a fairly privileged childhood in an area of Berkeley, California that had once been restricted to whites. They all spoke Japanese at home, but even Yoshiko’s parents had learned English and spoke it well. In fact, they were considered leaders in the Bay Area Japanese community (encyclopedia.densho.org).

Yoshiko graduated from high school in two and a half years, and entered UC Berkeley at the age of 16. While there, she was restricted to friendships with other Nisei students. However, before she could complete her education, she and her family were swept up in the frenzy that followed the attack on Pearl Harbor. Because her father often hosted visitors from Japan, he was immediately arrested and eventually moved to an internment camp in Montana. The rest of the family was forced to leave without any of their possessions in April of 1942. They were sent to one camp briefly, then settled into another, Topaz. They were reunited with their father, and Yoshiko, who received her diploma from Berkeley through the mail, began teaching in the camp: “I worked hard to be a good teacher; I went to meetings, wrote long letters to my friends, knitted sweaters and socks, devoured any books I could find, listened to the radio, went to art school and to church and to lectures by outside visitors. I spent time socializing with friends and I saw an occasional movie at the Coop. I also had a wisdom tooth removed at the hospital and suffered a swollen face for three days. I caught one cold after another; I fell on the unpaved roads; I lost my voice from the dust; I got homesick and angry and despondent. And sometimes I cried” (qtd. in encyclopedia.densho.org).

In 1943, she gained acceptance into Smith College on full scholarship, at the same time her sister received a job offer at Mount Holyoke College, so both sisters left the camp on the same day. Her parents were allowed to leave the camp a few months later, and they settled in Salt Lake City. Yoshiko graduated with a Masters in Education in 1944. She eventually moved to New York and took a job as a secretary, which allowed her time in the evenings to pursue her interest in writing: “After taking a class on writing for children at Columbia University, her instructor encouraged her to submit to a publisher a manuscript she had written of Japanese folk tales she had learned from her mother adapted for American audiences. The Dancing Kettle, and Other Japanese Folk Tales was published by Harcourt, Brace in 1949 to great acclaim, setting Uchida on the road to a successful career as a writer of children’s books. Her second book, New Friends for Susan (1951), illustrated by Issei artist Henry Sugimoto, was her first with Japanese American characters and was set in prewar Berkeley” (encyclopedia.densho.org).

After spending two years in Japan on a Ford Foundation fellowship, she settled in Oakland, where her parents had since moved, in order to help care for them. She began writing full time, and after her parents’ deaths, she moved to an apartment in Berkeley, where she lived and wrote until her death in 1992: “She is perhaps best known for her books on the concentration camp experience, the first such books for children written by a Japanese American author. The changes in American society in the 1960s, along with questions raised by the Sansei about their parents’ experiences, led her to write Journey to Topaz: A Story of the Japanese-American Evacuation (1971). While its protagonist, Yuki Sakane, was a decade younger than Uchida when incarcerated, she drew on her own family’s experiences in writing it. She followed it up with Journey Home (1978), which follows the same characters upon leaving the camps. A picture book for younger children also set partially in Tanforan, The Bracelet, was published posthumously in 1993. She also wrote a camp memoir for children, The Invisible Thread (1991)” (encyclopedia.densho.org).

She occasionally wrote books for adults, including her memoir, Desert Exile: The Uprooting of a Japanese American Family. She continued to write up until the end of her life, receiving numerous literary awards.

Y is for Yoshiko Uchida, survivor, author, speaker, and educator.

#iamsubject project – On Becoming Myself