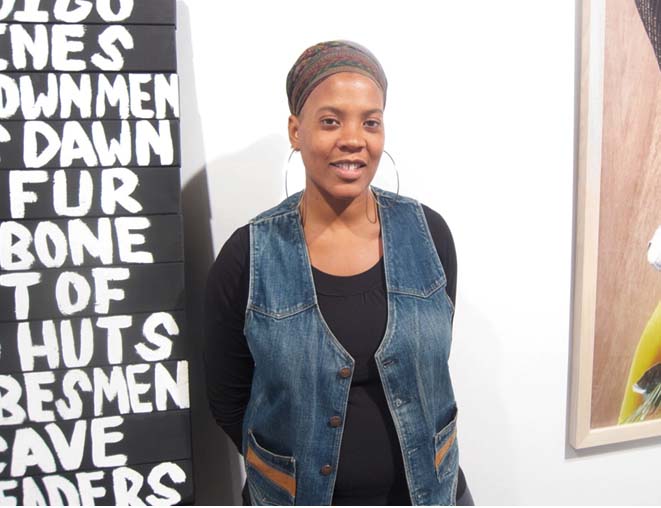 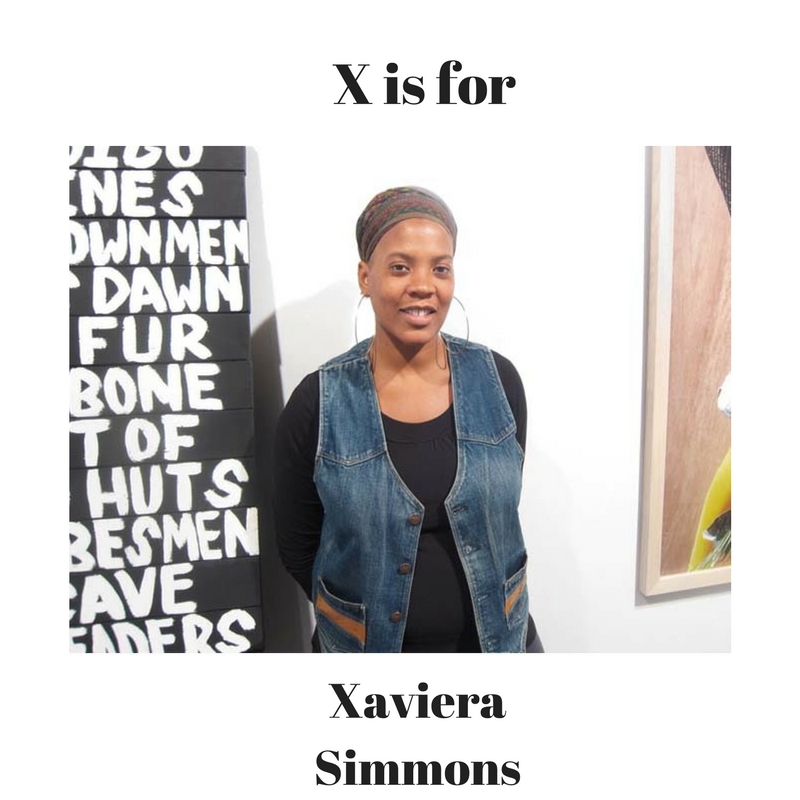 Each week for 26 weeks, I am publishing a post about women who are not widely known but should be—women who can inspire us, teach us, and encourage us to get out of our comfort zones and reach for our dreams. Week 24 of my A to Z challenge introduces us to Xaviera Simmons.

I was tempted to write this post about Xaviera Hollander, author of The Happy Hooker. Who wouldn’t be? But since she has shared so much of her life’s philosophy already, I instead chose artist Xaviera Simmons. There is not too much information available about her early life, but I do know she was born in New York City in 1974: “Simmons received her B.F.A. from Bard College in 2004 after spending two years on a walking pilgrimage retracing the Trans Atlantic Slave Trade with Buddhist Monks. She completed the Whitney Museum’s Independent Study Program in Studio Art in 2005, while simultaneously completing a two-year actor-training conservatory with the Maggie Flanigan Studio” (foundationforcontemporaryarts.com).

Xaviera’s work “spans photography, performance, video, sound, sculpture and installation. She defines her studio practice, which is rooted in an ongoing investigation of experience, memory, abstraction, present and future histories-specifically shifting notions surrounding landscape-as cyclical rather than linear. In other words, Simmons is committed equally to the examination of different artistic modes and processes; for example, she may dedicate part of a year to photography, another part to performance, and other parts to installation, video, and sound works-keeping her practice in constant and consistent rotation, shift, and engagement” (davidcastillogallery.com).

I am particularly drawn to her performance art. In 2012, she got on a train in Sri Lanka wearing very little in comparison to other women who were conforming to the social norm. The story of what happened next is told through a number of still photographs titled Number 14 (When A Group Of People Comes Together To Watch Someone Do Something): “In the first few frames of the series, we see Simmons sitting on a crowded train wearing only shorts and a T-shirt. Sensitive to the contrast between her Western outfit and what is commonly worn in the more socially conservative nation, Simmons gradually wraps her body and hair with fabric to cover exposed skin, a gesture that paradoxically sheds light on unspoken cultural norms. As the action progresses, Simmons’s willingness to conform elicits help from Sri Lankans who help her cover her body with additional clothing and scarves. Number 14 reflects Simmons’s continued interest in the relationships between physical spaces and the invisible social codes that structure them” (radicalpresenceny.org).

I also enjoy her installations that use LP artwork: “In 2006, she created How to Break Your Own Heart, stapling classic jazz albums covers on the walls of New York City’s Art in General gallery, where she frequently deejays. ‘I constructed this installation as a site of sensorial intervention in a heavily trafficked landscape,’ she explained to the New York Foundation for the Arts. ‘My intentions were also to create a space that was immediately educational to the passerby, a space that engages as well as surprises’” (www.2corcoran.org). You can listen to Xaviera discuss how music influences her by clicking here.

She has received numerous awards for her art, including A Grants to Artists Award from the Foundation for Contemporary Arts in 2015 (foundationforcontemporaryarts.org). I encourage you to check out her vast body of work. You won’t be disappointed.

X is for Xaviera Simmons, a photographer, sculptor, and performance artist who asks us to examine societal institutions more closely through art.

Conference on World Affairs coming to the University of Colorado