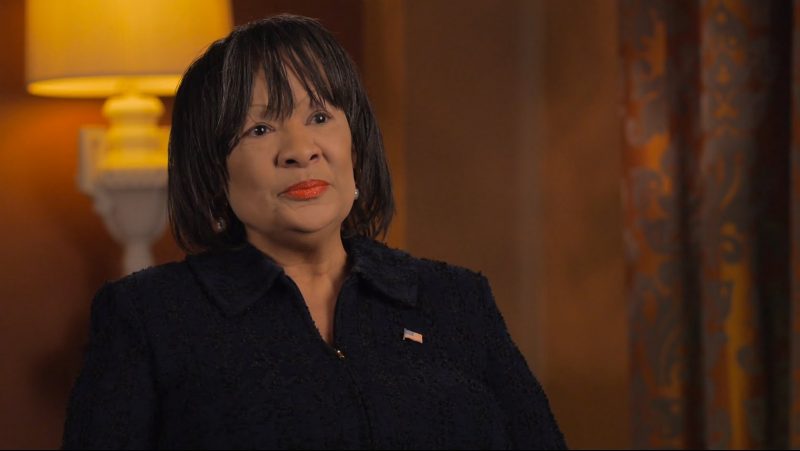 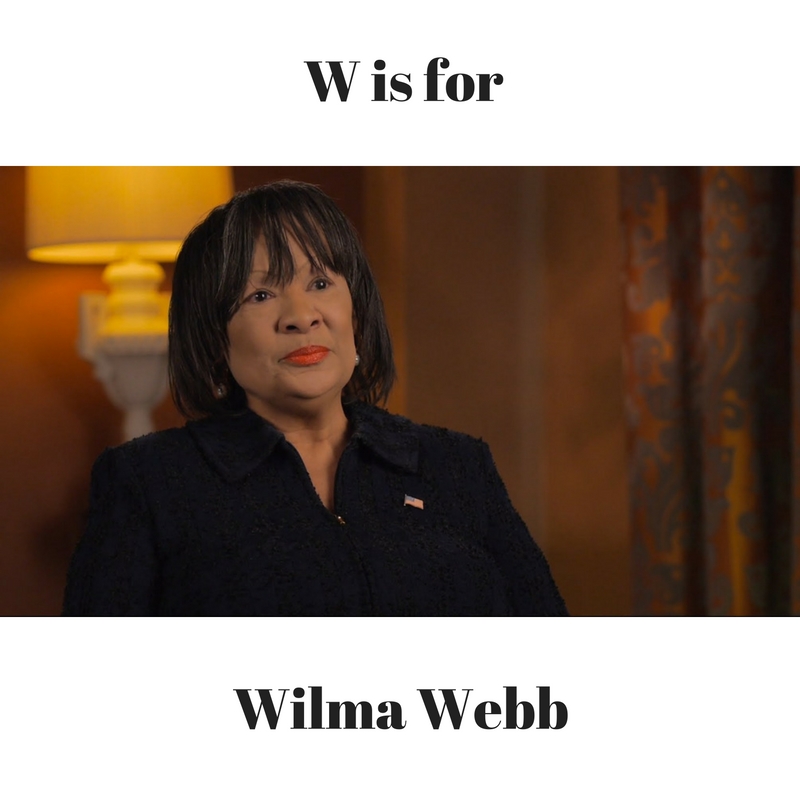 Each week for 26 weeks, I am publishing a post about women who are not widely known but should be—women who can inspire us, teach us, and encourage us to get out of our comfort zones and reach for our dreams. Week 23 of my A to Z challenge introduces us to Wilma Webb.

I have wanted to focus on a local Colorado woman for at least one letter in my A to Z Challenge, and I found the perfect opportunity to do so with Wilma Webb. Wilma Gerdine was born in Denver on May 17, 1943. Her mother, Faye, was a nurse’s assistant, and her father, Frank, worked for the government. She was raised in the city’s Five Points Neighborhood, attended the University of Colorado at Denver and later received a graduate degree from the Harvard University’s John F. Kennedy School of Government (capitolwords.org).

Wilma married Wellington Webb in 1969, and by that point she was already involved in public school reform and was co-founder of the committee on Greater Opportunity. She became a Democratic Committeewoman in 1973 and served as the Democratic Party Secretary, editor of the Democratic State Newsletter, and chair of the Democratic Committee on Housing. In 1980 she was elected to the Colorado Legislature, and while in office, she became the first minority woman appointed to the Colorado Joint Budget Committee. As the first woman to represent House District 8, “she was also a champion for the rights of women and led legislation to make it unlawful to discriminate against women in the workplace or in the pursuit of an education. Wilma fought to help women and minority professionals lead successful businesses in Colorado. Additionally, Wilma served as an advocate to end discrimination on the basis of a person’s sexual orientation or physical disability” (capitolwords.org). While accomplishing all of this, she also raised four children.

During her 13 years in the House, she sponsored 44 bills, “including the Comprehensive Anti-Drug Abuse Program; Elderly Frail People to Receive Care at Home as Opposed to Nursing Home Placement; and Improvement of Living Conditions for Troubled Youth. In one of her hardest battles, Webb fought for four years before the State of Colorado adopted the Martin Luther King, Jr., holiday” (thehistorymakers.com). “Founding the Martin Luther King, Jr. Colorado Holiday Commission along with Mrs. Coretta Scott King and Governor Richard D. Lamm, Wilma committed 18 years to serving as its President and Chairman. The commission, helmed by Wilma, was responsible for organizing the annual ‘Marade‘ in the heart of Denver and has served to unite and educate communities across Colorado on the spirit and contributions of Dr. King. The Marade, uniquely named for being both a march and a parade, is one of the largest celebrations of its kind across the country” (capitolwords.org).

Wilma was also instrumental in her husband’s campaign for mayor of Denver. The two walked through the city of Denver in a grassroots effort that earned Wellington Webb the honor of becoming the first African American mayor of Denver in 1991. In that same year, Wilma was inducted into the Colorado Women’s Hall of Fame. As Denver’s first lady, Wilma “worked tirelessly on anti-drug abuse programs and youth and family issues. Webb’s efforts to promote the arts resulted in the creation of the Denver Art, Culture, and Film Foundation in 1994. In 1998, Webb became the first woman to serve in the U.S. Department of Labor as the primary official for Colorado, Montana, North Dakota, South Dakota, Utah, and Wyoming; her duties included the administration and enforcement of federal statutes governing workplace activities, including pension rights, health benefits, and job training” (thehistorymakers.com).

In 2012, the Anti-Defamation League’s Mountain States Office presented Wilma with the prestigious Civil Rights Award. As she was set to receive that award, Senator Mark Udall made the following remarks: “I am proud–and Coloradans are proud to count Wilma among our numbers. She has earned the 2012 Civil Rights Award through her years of dedication, innovation and persistence in making Colorado a better place. She is a pioneer for civil rights and a forward-thinking public servant who has etched her mark on the lives of Colorado’s families, youth and marginalized communities. I commend Wilma for advancing the rights of every Coloradan and for a lifetime of service to others. On behalf of all Coloradans, I extend hearty congratulations on Wilma’s well-earned honor, with full confidence that she will continue her groundbreaking work” (capitolwords.org).

She has continued that groundbreaking work. In 2015 she received the Colorado Black Arts Movement’s first Wilma J. Webb Award for Excellence in the Arts, and in 2016 she and her husband were named Rachel B. Noel Distinguished Visiting Professors at Metropolitan State University of Denver (The Denver Post).

To hear Wilma speak of her passion as a public servant, click on the video below.