This post continues my efforts to share the stories of women whose lives and works should be taught in the K-12 curriculum, but are not. Girls can’t be what they can’t see, and they aren’t being shown the breadth and depth of women who came before them, paving the way in every field. I started with Frances Perkins and Marayam Mirzakhani (look for their amazing stories in my previous posts).

I remember reading the works of famous playwrights in middle and high school. A dozen Shakespeare plays. Tennessee Williams’ A Glass Menagerie and A Streetcar Named Desire. A Doll’s House by Henrik Ibsen was certainly the most radical play I read during those years. I even remember reading one play that had been written by a woman: Lorraine Hansberry’s A Raisin in the Sun. Yet who was the most famous American female playwright of the twentieth century? 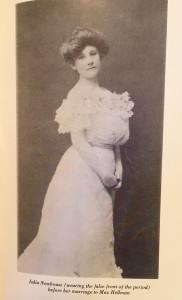 Don’t feel bad. I didn’t know either. Her name was Lillian Hellman, a woman whose tenacity and grit made her unfit for mainstream society: “If Hellman is remembered at all, [biographer] Kessler-Harris says, she’s remembered negatively. Fellow writer Mary McCarthy prematurely and effectively closed the coffin lid on Hellman’s legacy when she appeared on the Dick Cavett show in 1979 and famously pronounced about Hellman that: ‘Every word she writes is a lie, including and and the‘” (NPR).

Where did such horizontal hostility stem from? Why was this talented woman ostracized during her own lifetime, and why are we not learning about her today?

Hellman was born into a Jewish family in New Orleans in 1905, coming of age in the 1920s. From the age of five, she split her time between New York City and Louisiana. She studied at both NYU and Columbia, although she never completed a degree. She began her career by reviewing books and publishing short stories, but life opened up for her once she accepted a job reading scripts for MGM in Hollywood. She was married to playwright Arthur Kober for seven years, and after their divorce, she returned to New York, where she began a tumultuous on and off relationship with mystery writer Dashiell Hammett, which lasted until his death in 1961. 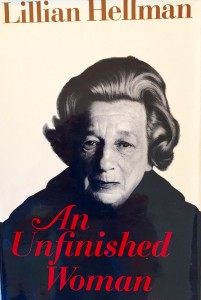 Perhaps she was vilified by her contemporaries for her numerous affairs, or the fact that she smoked and drank heavily. Perhaps it was her liberal and leftist politics that made her so controversial. Or maybe it was simply because she lived life on her own terms. If she had been a man, her behavior and actions would not have been called into question. But because she was a woman, she was judged harshly. A difficult man is simply a difficult man. A difficult woman is scandalous and deserves to be ostracized.

The body of work she produced was impressive. Her first success was The Children’s Hour, a story that describes the destruction set in motion when a child accuses her teachers of being lesbians. She followed her much maligned second work, Days to Come, with These Three and The Little Foxes, a play based in part upon her own memories of the south. After a successful run on Broadway, the play was made into a film starring Bette Davis.

In the 1940s she adapted many of her works into screenplays, and she wrote Watch on the Rhine, which was also adapted to the big screen and once again starred Bette Davis. Hellman was blacklisted for her political views from the late 1940s until the 1960s, and was even called to testify before the House Un-American Activities Committee, where she refused to name any associates who might have Communist ties. She was not held in contempt, and was instead excused by the committee: “Why cite her for contempt? After all, she is a woman…” (Books and Writers). 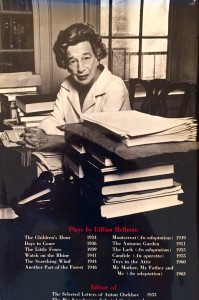 She returned to playwriting in the 1960s, writing Toys in the Attic before turning to teaching and memoir writing. While it is believed that her memoirs are wildly inaccurate, they capture the essence of this talented and tenacious woman who dared to live life outside of her gender’s socially constructed box. Lillian Hellman died in 1984. I wish I had learned about her when I was in high school. I wish I had met her. I now plan to read her work, starting with An Unfinished Woman.

“But I am not yet old enough to like the past better than the present, although there are nights when I have a passing sadness for the unnecessary pains, the self-made foolishness that was, is, and will be. I do regret that I have spent too much of my life trying to find what I called ‘truth,’ trying to find what I called ‘sense.’ I never knew what I meant by truth, never made the sense I hoped for. All I mean is that I left too much of me unfinished because I wasted too much time”  (An Unfinished Woman).

T is for Tania León