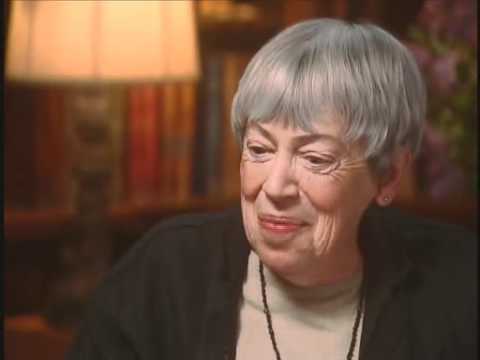 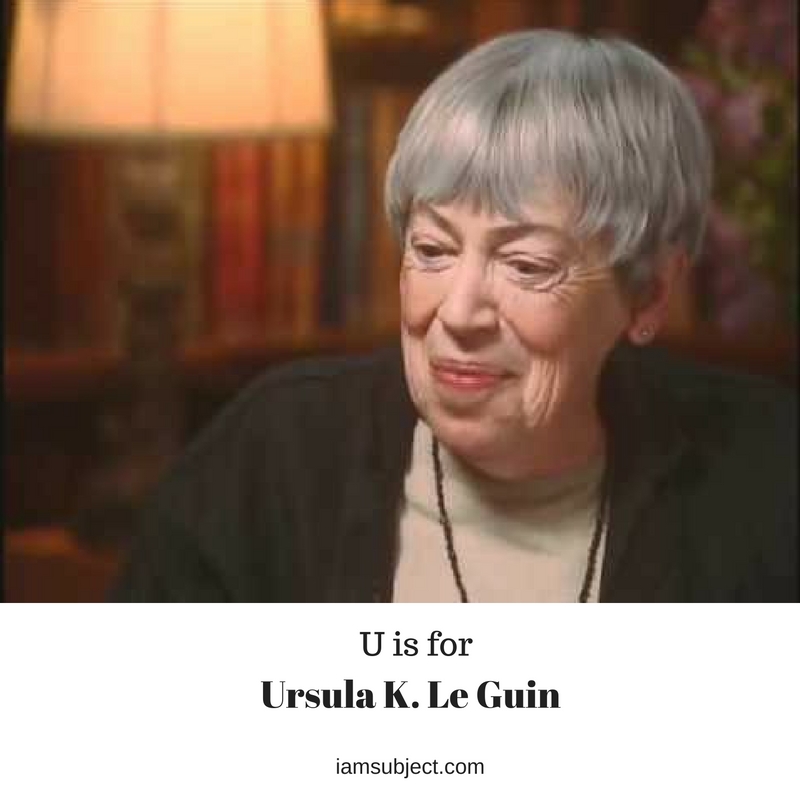 Each week for 26 weeks, I am publishing a post about women who are not widely known but should be—women who can inspire us, teach us, and encourage us to get out of our comfort zones and reach for our dreams. Week 21 of my A to Z challenge introduces us to Ursula K. Le Guin.

It is good to have an end to journey toward, but it is the journey that matters in the end. ~ Ursula K. Le Guin

I have a framed print of this sentiment on the wall of my office, and I read it every day to remind me to be present and experience every moment. Ursula K. Le Guin is probably the most well known woman I have written about thus far in my A to Z Challenge, but I chose her because she has recently received an honor awarded to very few writers who are alive, and very few women writers at all. Her work is being published by the Library of America: “Founded in 1979, the nonprofit organization was created with a unique and unprecedented goal: to curate and publish authoritative new editions of America’s best writing, including acknowledged classics, neglected masterpieces, and historically significant documents and texts…. Library of America was long a dream of the literary critic Edmund Wilson (1895–1972), who was concerned that many works by America’s best writers were either out of print or nearly impossible to find. Without a deliberate publishing effort to preserve American writing and make it widely available, many important works would disappear from the cultural conversation. As a consequence, deprived of an important part of their cultural inheritance, Americans would lose a collective sense of the country’s literary accomplishments and the vital role writing has played in our history” (loa.org).

Library of America is so sure of the lasting significance of Ursula’s writing that she is receiving the honor now, while she can have some influence over what is published. In fact, while LOA wanted to start with some of her classic works, she pushed back, telling them she wanted them to publish her lesser known work: “There’s some innate arrogance here: I want to do it my way. I don’t want to be reduced to being ‘the sci-fi writer.’ People are always trying to push me off the literary scene, and to hell with it. I won’t be pushed” (qtd. in nytimes.com).

Ursula Kroeber was born in 1929 in Berkeley, California. Her father was an anthropologist, and her mother was a writer. Ursula attended Radcliffe College and did graduate work at Columbia University. She married historian Charles A. Le Guin in Paris in 1953. They settled in Portland, Oregon in 1958, where they raised three children. She remains a resident of Portland today (ursulakleguin.com).

She has always been a prolific writer: “she writes both poetry and prose, and in various modes including realistic fiction, science fiction, fantasy, young children’s books, books for young adults, screenplays, essays, verbal texts for musicians, and voicetexts. She has published seven books of poetry, twenty-two novels, over a hundred short stories (collected in eleven volumes), four collections of essays, twelve books for children, and four volumes of translation” (ursulakleguin.com). What is so striking to me is that she has experienced tremendous success across genres. 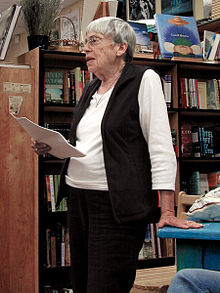 While she is best known for her fantasy writing, in particular the six books of Earthsea, the work that has always intrigued me is The Left Hand of Darkness, a novel that is “considered epoch-making in the field for its radical investigation of gender roles and its moral and literary complexity” (ursulakleguin.com). With the publication of this work, she became one of the earliest feminist voices in the genres of fantasy and science fiction. The Left Hand of Darkness presents “a thought experiment by introducing a world inhabited by an androgynous race of beings (the Gethins). In a later essay written about this novel, Is Gender Necessary Redux, Le Guin observes some interesting things: First, the absence of war. Second, the absence of exploitation. Third: the absence of sexuality. While she came to no definitive conclusions, the novel remains an interesting examination of the interplay of sex, gender, and sexism” (womenshistory.about.com).

You may have been exposed to her work through the well-known short story, “The Ones Who Walk Away From Omelas,” her parable about a society whose successful existence requires keeping one child locked away. It is a deeply disturbing story that has often been anthologized: “Her work is often concerned with individual freedom. In her fictitious worlds, there is a limitless range of choices, but none are without results. To ignore this fact is to be not human” (womenshistory.about.com).

Many of her fans believe she has never received the recognition she deserves. Her response? “I published as a genre writer when genre was not literature. I paid the price, you could say. Don DeLillo, who comes off as literary without question, takes the award over me [at the 1985 National Book Awards] because I published in genre and he didn’t. Also, he’s a man and I’m a woman” (qtd. in nytimes.com).

When she won the National Book Foundation’s Medal for Distinguished Contribution to American Letters in 2014, she used her acceptance speech to criticize the current publishing environment: “Who was I to spit in the publishers’ punch bowl at the annual industry party? Well, I was, in fact, the one to do it. So I did it.” (qtd. in nytimes.com). Her speech went viral: “A writer in her mid-80s simply has less to lose. An author in midcareer who defies the hegemony of Google and Amazon, and names their immoral or unfair practices as such, takes an immediate risk of vengeance from them and of enmity from fellow writers who are cozy with them. I’m taking the same risks, but what the hell. My work is out there — visible, existent” (qtd. in nytimes.com).

Yes, her work is out there, and it is amazing.

U is for Ursula Le Guin, who will become one of the few living writers to be inducted into the Library of America canon when The Complete Orsinia is published on Sept. 6th, 2016.