I was floored when I watched this performance by three brave and talented young women. It is a message that must be seen and heard numerous times; there is so much truth to digest. (Click on the link below to view the video).

Changing the World, One Word at a Time

When I first heard these words, before I had listened to the rest of the performance, I nodded knowingly. As a teacher, I am well aware of this fact. The teachable moments—the ones we all learn the most from—are spontaneous, and usually take place when we least expect them. They are moments of candid truth telling that happen rarely, when the space and place are deemed safe and the environment is ripe for increased awareness and action.

Yet that is not at all what these young women are talking about, as I quickly learned in their very next breath.

“You never told us what we weren’t allowed to say; we just learned to hold our tongues.”

They are addressing all those other moments that occur in education, the ones we never admit. Implicit bias—an unconscious bias that comes into play even when people have the best intentions—I wonder how many times I have been guilty of this in the classroom, even though women and gender studies is a subject I teach. Issues of intersectionality are so easily ignored. I experience privilege because I am white, straight, and middle class. I am oppressed because I am a woman. How often does my own unconscious bias impact my teaching?

If we are continually distracted by shiny objects, we will never have to face the ugly truth. If the objective is self-satisfaction and consumption, we do not need to acknowledge our tainted history or teach and learn empathy, tolerance, and kindness.

“Transcontinental railroad to Japanese internment camps—there are things missing from our history books.” 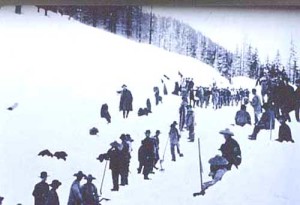 I was never taught the truth about the slaughter of Native Americans. Instead I was taught to celebrate Christopher Columbus and Thanksgiving. I was never taught about the abuse of Chinese laborers or the imprisonment of Japanese Americans. I also didn’t learn about the women’s movement or the Vietnam War. Perhaps it could be argued that when I was in school the wounds of the Vietnam War were too fresh, and therefore ‘US History Civil War to Present’ stopped just before our involvement in the war. Yet the same argument cannot be made for the second wave feminism. I did learn about the Civil Rights movement, yet the women’s movement was not part of the curriculum. I didn’t even learn about first wave feminism and the suffragists. 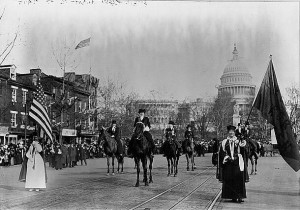 “Women are killed for rejecting dates. A girl is black-out drunk at the after-party. Take a picture before her wounds wake her. How many pixels is your sanity worth?”

We need to stop and take a long, hard look in the mirror. Not only must we acknowledge inequity and issues of intersectionality. We must act to change our course—for our children, and for ourselves. We need to answer the challenge that these young women were brave enough to stand up and force us to confront.

To learn more about the incredible program that led to the creation of this video, visit http://getlit.org/getlit/

The Center Will Not Hold