When I was in ninth grade, which was so long ago now it was considered part of “junior high,” I won the science award. I remember sitting in the auditorium with my 300 classmates, all of us packed in like sardines, bored out of my mind. I hated award assemblies. Everyone hated award assemblies. So I wasn’t even paying attention when my name was called. My friend Heather had to shove me while she hissed in my ear, “It’s you, it’s you, go up there!”

As I stood on stage, legs shaking, wondering what I had just won, I heard Ms. Johnson, who had been my biology teacher the year before, tell me I should be very proud of this honor, as it was the first time in the history of Benjamin Franklin Junior High that a girl had won the science award. She then handed me an engraved silver bowl, and my moment of glory was over. 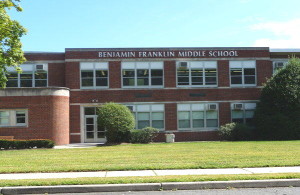 I still have that bowl in a box of mementos buried somewhere in my crawlspace. I am sure it is now so tarnished that I wouldn’t be able read what was once engraved on it. I have carried it with me all of these years not because it is the only award I ever won – although it is. What stuck with me was the fact that I was the first girl to win it. Even then, as a girl in my mid-teens who did not fully understand feminism and the importance of fighting for equality for all, I somehow knew that this small silver bowl stood for something that mattered. At the time, I also didn’t realize I was about to enter the 1980s conservative backlash that would begin to chip away at women’s rights, a backlash that has continued for my entire adult life.

One of my first dreams was a career in aviation; flying fascinated me. Also, when I was in eighth grade, I was selected to travel with a group of students to the Koster dig site in Illinois. It was then that I decided that becoming an archaeologist was also a possibility. That, however, was before I set foot in Mr. Hummiston’s tenth grade geometry class. Although I did well in algebra, geometry was a different matter. When math became spatial, I struggled, and Mr. Hummiston was quick to point that out to everyone in the class: “Diane seems to be having trouble proving this theorem. Can someone please explain it to her?” Self-doubt overwhelmed me, and before long, I dreaded all math and science, and let go of the dreams of aviation and archaeology. Instead I became an English major.

Why am I even thinking about all of this now? Mildred Dresselhaus, that’s why. Who is Mildred Dresselhaus? I wondered the same thing when I saw she was one of 18 recipients of the Presidential Medal of Freedom awarded at the White House last week. She is 84, and she is a pioneer physicist, materials science, and electrical engineer. She is a professor at MIT, and she continues to go to work seven days a week. She has won countless awards, including the prestigious $1 million dollar Kavli Prize in nanoscience. She received her Ph.D. in the 1950s, when there were no women in physics, as her advisor continually reminded her. Yet here she is, still making discoveries that have had a profound impact on how we understand the universe we live in. 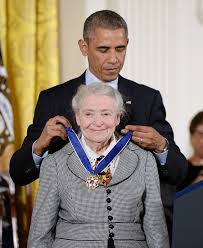 Perhaps if I had known about Dr. Dresselhaus when I was a young woman, I might have persevered in science. Maybe if had known about Alicia Stott, Ruth Benedict, Sophie Germain, Gerty T. Cori, Rosalind Franklin, Eva Crane, or countless other women in the fields of science and math, I would have had role models to emulate. But I never learned about any of these women. They weren’t included in the curriculum. And while I am grateful to know about them now, I believe that today’s girls who may wish to be tomorrow’s scientists and mathematicians need to know about them, too.

We have a long way to go to equalize the K-12 curriculum. Until we do, who knows how many discoveries we are missing out on because girls are not being encouraged to pursue their dreams, and aren’t being provided the role models they need to support them along their path.

Creating Hope One Girl at a Time

We Are One Woman