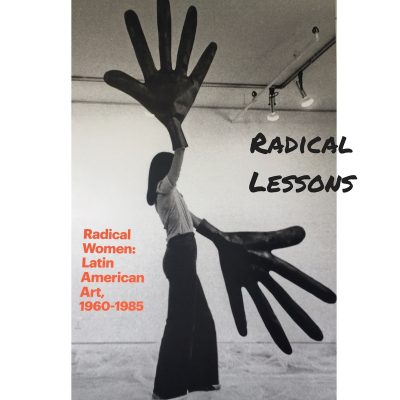 Earlier this month, I had to fly coast to coast for a brief appointment. I actually spent more time traveling than I did in Los Angeles. However, my timing couldn’t have been better. Since my appointment at UCLA was only thirty minutes long, I had the rest of the day to explore the surrounding neighborhood of Westwood. I also had time to take a young friend of mine, who is starting her first year at UCLA, to lunch. While we were catching up, she casually mentioned, “There’s a new exhibit at the Hammer Museum that I think you’d really like.” I told her I would check it out right after my appointment, since it was within walking distance. 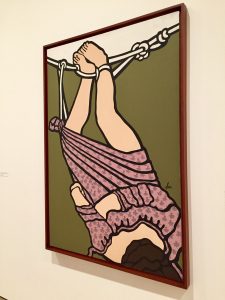 When I arrived at the Hammer, a young woman greeted me and asked, “Are you here to see the radical women?” Well, what else would I be there to see? She led me to four galleries. I pulled open the heavy, opaque glass door of the first, and entered. As my eyes adjusted and I began to take in my surroundings, I stood transfixed. Hours later, I exited—a woman broken open in so many painfully beautiful ways. 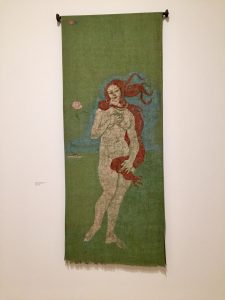 Radical Women: Latin American Art, 1960-1985 highlights the development of contemporary art created by female artists during a tumultuous time period. It includes the work of 120 artists and collectives, and more than 280 photographs, videos, and works in other experimental mediums: “Working in different countries, often under political oppression, the artists in Radical Women created a new iconography based on the politicization of the female body to break free from patriarchy and the atmosphere of political and social repression that overshadowed women in Latin America and in the United States between 1960 and 1985. While these artists have made extraordinary contributions to the field of contemporary art, little scholarly attention has been devoted to situating their work within the social, cultural, and political contexts in which it was made. Radical Women writes a new chapter in 20th-century art history and constitutes the first genealogy of feminist and radical art practices in Latin America and their influence internationally” (Hammer Museum Fall 2017).

As I moved between photographs and paintings, sculptures and videos of performance art, my body responded viscerally to each woman’s story and her work. It was not just emotions I was feeling—sympathy, empathy, fear, love, longing, anger—it was much more. My brain took in the words that related their personal stories, and my eyes absorbed the images that they had created to reflect the stories they wanted to tell, but my body and my soul were touched at a level so deep that I could feel the shattering—into infinite shards of pain and beauty, of nothing and everything all at once. 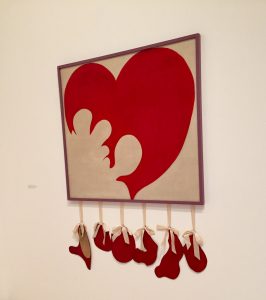 As I walked back out into the sunshine, I held each one of these women close to my heart, and with each step I took, I could hear them whispering a soft challenge in my ear: “You, too, are living in a tumultuous time period, under political oppression, where the politicization of the female body leaves women struggling to break free from patriarchy, and the atmosphere of political and social repression holds you down. Now—how are you going to respond?”

If you find yourself in LA between now and the end of the year, I hope you will go see Radical Women at the Hammer Museum.