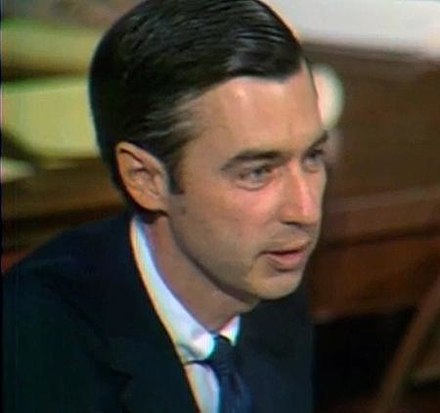 Love is at the root of everything,

Love or the lack of it. ~ Fred Rogers

I wish that as a child I had paid closer attention to Mr. Rogers. If I had, I might have saved myself decades of pain. His core message, from the time the first episode of Mr. Rogers’ Neighborhood aired in 1968 until the curtain fell on his final taping in 2001 (31 seasons and 912 episodes), was that children were loved and lovable, valued and valuable, simply for being. They didn’t have to do anything to earn that love. He helped kids develop core self-esteem, even if they weren’t receiving that level of acceptance at home or from the society in which they lived. He wanted children to know that he loved and accepted them with no conditions attached. That’s what Mr. Rogers’ Neighborhood was all about.

I sat in the theater wiping tears from my cheeks long after the credits rolled for Won’t You Be My Neighbor?. I had grown up sharing my living room with this man, yet all these years later I sat stunned by his kindness. True kindness—or ‘radical kindness’ as the filmmaker Morgan Neville refers to it—has been absent from our society for so long that being exposed to just an hour and a half of it left me completely overwhelmed.

While there are many moving scenes in the film, three stand out for me. In one, Fred Rogers takes a seat before the Senate Subcommittee on Communication in order to try to save funding for public broadcasting, which President Nixon had vowed to cut. Every person who had sat in the chair before him had failed to persuade Senator John Pastore, the committee chairman, that PBS was worth saving—or worth anything at all. Senator Pastore had rudely dismissed them all, and had long ago stopped listening to their testimony. Yet when Fred sat down, all that changed.

The chairman refused to let those testifying read their prepared statements, so Fred set his aside after telling the senator that he trusted he would indeed read it as he had promised to do. As the scene progresses, he then speaks from his heart about his show’s mission and vision—to instill confidence in children and to give them tools to cope constructively with life’s obstacles: “This is what I give. I give an expression of care every day to each child, to help him realize that he is unique. I end the program by saying, ‘You’ve made this day a special day, by just your being you. There’s no person in the whole world like you, and I like you, just the way you are.’ And I feel that if we in public television can only make it clear that feelings are mentionable and manageable, we will have done a great service for mental health” (YouTube). 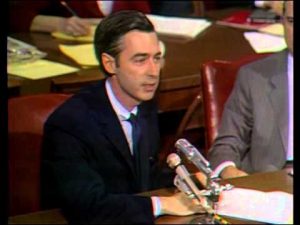 He continues: “Could I tell you the words of one of the songs, which I feel is very important? This has to do with that good feeling of control which I feel that children need to know is there. And it starts out, ‘What do you do with the mad that you feel?’ What do you do with the mad that you feel? When you feel so mad you could bite. When the whole wide world seems oh so wrong, and nothing you do seems very right. What do you do? Do you punch a bag? Do you pound some clay or some dough? Do you round up friends for a game of tag or see how fast you go? It’s great to be able to stop when you’ve planned the thing that’s wrong. And be able to do something else instead ― I can stop when I want to. Can stop when I wish. Can stop, stop, stop anytime … And what a good feeling to feel like this! And know that the feeling is really mine. Know that there’s something deep inside that helps us become what we can” (YouTube).

The chairman, visibly shaken, sits in silence for a few seconds, then replies, “I’m supposed to be a pretty tough guy, and this is the first time I’ve had goose bumps for the last two days. Looks like you just earned the $20 million” (YouTube).

That’s the power of radical kindness.

This scene also made me consider all of the mass violence that has erupted in this country in recent decades; are we following Fred’s lead and teaching children how to cope constructively vs. destructively?

Another scene that deeply touched me shows the unrehearsed and unscripted appearance of ten-year-old Jeff Erlanger on Mr. Rogers’ Neighborhood in 1980. Jeff was a quadriplegic about to undergo surgery, and when his parents asked him what fun thing he might like to do before facing a long recovery, he told them he would like to meet Mr. Rogers. When he appeared on the show, he and Fred Rogers shared a simple, open, powerful conversation about life’s struggles before the two of them sang a duet of Rogers’ song, “It’s You I Like.”

In 1999, when Fred Rogers was inducted into the Television Academy Hall of Fame, Jeff surprised him on stage. Fred flew out of his chair to embrace Jeff—his face radiating pure joy at seeing his friend again.

The third scene that has remained with me—that haunts me, in fact—shows Fred in the process of taping a public service announcement after the tragedy of 9/11. He had to be coaxed out of retirement to tape the segment; he was not convinced that anything he had to say would matter. Pain and grief are palpable in his body language as he attempts to gather his thoughts before the camera begins filming. He is restless, uncomfortable, hurting. Being told that his words would comfort millions who were grieving was not enough. He no longer believed that his efforts made a difference. He had always clung to his mother’s advice to look for the helpers when catastrophe struck, but in this case, many of the helpers also lost their lives. The scene is heartbreaking, and I wonder how much this tragedy, together with his subsequent painful realizations, impacted his declining health; he died of stomach cancer in 2003.

This particular scene also resonated with me on a personal level, as the events of the past two years have caused me to question the impact of my own life’s work of advocating for the rights of girls and women. As a nation we have taken so many steps backwards in all areas related to equality. Every right revoked and law rescinded devastates me, and there are days I am left without hope for the future. I must also question how much these events have impacted my own health. 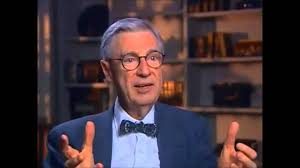 What would Fred Rogers think of the US today? What would he say about the thousands of children being separated from their parents at our borders? How would he feel about the intense hatred and divisions tearing us apart? I wish there were a million Fred Rogers who could help to lead us out of the darkness we find ourselves in.

Perhaps there are. For over 30 years he worked tirelessly to instill loving kindness in each of us. Now we need to make the effort to put radical kindness into practice in order to counter all of the darkness and hate. To accomplish this feat would solidify his legacy and heal our nation. That is the ultimate wish of filmmaker Morgan Neville:

“In a way, I feel that not only are the issues he’s talking about timeless, but the battle he was fighting is more acute now than it’s ever been. It’s essentially trying to celebrate a world of kindness and love. Even throughout his life, it felt like the central tension was how much of a difference he was making. He kept making these shows, and yet the world kept getting worse and worse. That trajectory hasn’t changed. But what he left behind is the message that he put into each of us who watched the show. Hopefully, the film activates some of that and gets people talking about that. I wanted the ending of the film to not tie up everything neatly in a bow. It says, take responsibility. What is the responsibility each of us have for where we’re at today? I think that’s a question Fred would’ve asked.”

Now, more than ever, we must accept that responsibility, and act on it. Radical kindness may, in fact, be our only hope.