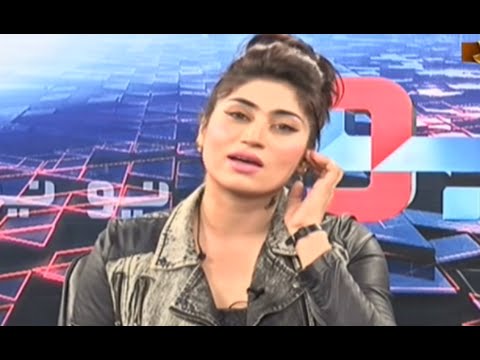 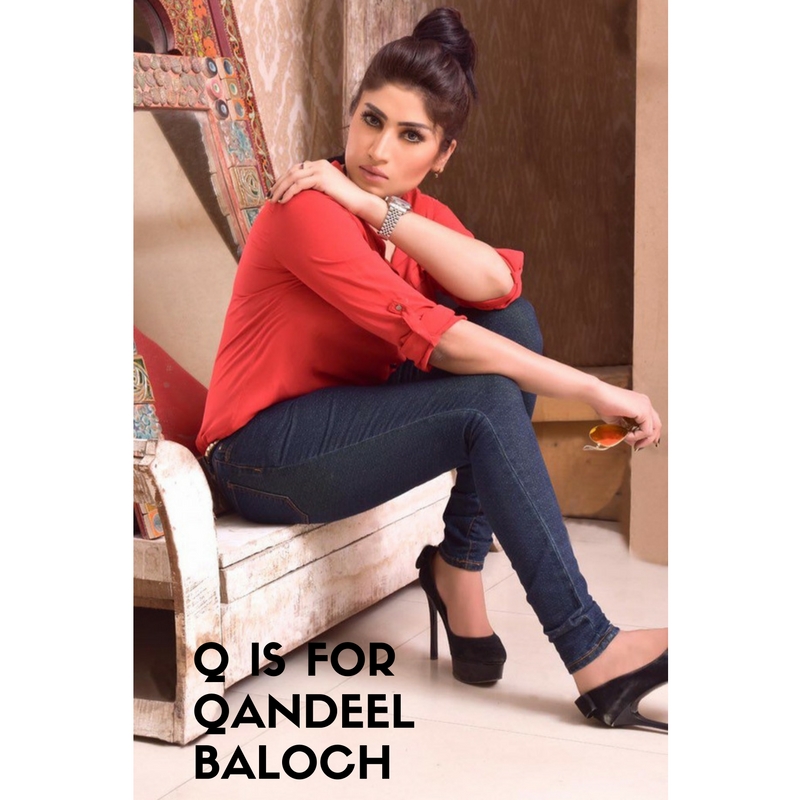 Each week for 26 weeks, I am publishing a post about women who are not widely known but should be—women who can inspire us, teach us, and encourage us to get out of our comfort zones and reach for our dreams. Week 17 of my A to Z challenge introduces us to Qandeel Baloch.

I was having some difficulty coming up with a woman to represent the letter Q in my A to Z Challenge. I regret that it took a tragedy for me to find her. Born 26 years ago and named Fouzia Azeem, she died last month as Qandeel Baloch, a social media star murdered by her own brother. She was one of 12 children born to Anwar and Muhammad Azeem, and her family came from a small town in the district of Punjab in Pakistan. Like many girls, she was married young, at 17, and after having one child with her husband, left the marriage, which she claimed was abusive. She soon began posting photos and videos of herself on social media, and Qandeel Baloch, the Kim Kardashian of Pakistan, was born (theguardian.com).

Her provocative posts quickly garnered her a large following, and also deeply angered many in the conservative, religious society in which she lived. By posting photos of herself with a well-known religious cleric, she was daring to point out the hypocrisy of Pakistani culture. She realized that her posts represented much more than just personal rebellion. She was the voice of the voiceless, demanding rights and freedom for women (the guardian.com).

Apparently, her brother Waseem could not handle the taunting he received from his friends whenever his sister posted to social media. He was embarrassed by her behavior; like many men, he believed that “girls are born to stay home” (cnn.com). So while Qandeel was visiting her parents, he drugged them all, then strangled his sister to death in what he claims was an honor killing: “I am proud of what I did. I drugged her first, then I killed her. She was bringing dishonor to our family” (cnn.com). Waseem firmly believes that he has earned his place in heaven by murdering his sister and restoring honor to his family (cnn.com). His parents disagree: “Anwar Azeem told BBC Urdu that her daughter had shared all her sorrows and secrets with her. Her father, Muhammed Azeem, said his son should be ‘shot on sight.’” (bbc.com).

While Qandeel’s murder has received much media attention because she was so well known, most honor killings of women in Pakistan go largely unnoticed: “Even low estimates indicate that at least a thousand girls and women lose their lives to ‘honor’ violence in Pakistan every year. Those who are not murdered are raped, maimed with acid, cut with knives, or tortured in some other way—including being detained in chains, forced to endure hard labor, and ostracized” (atimes.com). 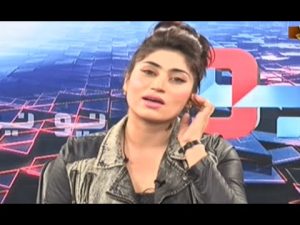 Current laws provide loopholes for honor killings, so many who commit these murders receive light sentences or no punishment at all: “The Aurat Foundation, a Pakistani NGO committed to women’s empowerment, conducted research in 2014 that found that, on any given day of the year, six women were abducted, four were murdered, four were raped and three committed suicide. Acute domestic violence and acid attacks were in addition to this daily catalogue of brutality. Perpetrators of violence against women are seldom – if ever – brought to justice. ‘Honour’ killings – whereby a man kills his wife, sister, daughter or even mother for ‘transgressive’ behaviour (anything from falling in love to laughing loudly in public) that he feels brings shame to him or his family – are considered a time-honoured custom. In such cases, when a brother kills his sister, a father usually ‘forgives’ the culprit – as the law currently allows – and the case collapses” (theguardian.com).

Right before her death, Qandeel called herself a “modern day feminist” who dared to challenge and criticize the misogynist, conservative culture in which she was forced to live. She realized “her power to deliver a certain message about being female in Pakistan, and that she had become a burgeoning activist for increasing women’s visibility in the country” (cnn.com). She had indeed become a very real threat to the patriarchy: “it was when she started speaking of women’s rights that she crossed into truly dangerous territory. Then she became a threat to traditional power structures. All along she had been the target of hate-filled invective on social media, but when she started challenging the rules of patriarchy, the messages of hate turned to death threats” (theguardian.com).

My greatest hope is that legislation to protect women against violence in Pakistan, which had been proposed but defeated before Qandeel’s death, will be reconsidered, and that her death will mark a turning point for women who are victimized worldwide: “Until Muslims overthrow the tyrannical, misogynist, racist, and terroristic Organization of Islamic Cooperation (OIC) and its affiliate and offshoot organizations, these crimes will continue unabated. The solution lies within our communities – bold demands for reform, as outlined by our Muslim Reform Movement, are the only way to abolish the curse of honor culture, which targets half of our population with violence and teaches boys and men to adopt toxic masculinity and call it piety. Women and girls must be permitted to make their own clothing, dating, marital and even sexual choices free of familial and community policing, with the support of law enforcement and their governments. When this happens, Qandeel Baloch would not have died in vain” (atimes.com).

My greatest fear is that nothing at all will change.

Q is for Qandeel Baloch, an inspirational and courageous feminist.