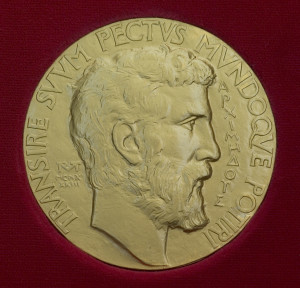 This past fall, Maryam Mirzakhani was awarded the Fields Medal, the most prestigious honor mathematics has to offer–the “Nobel Prize” of the math world. She was the first woman to earn the award since its inception in 1936. Mirzakhani, who was born and raised in Iran, received the prize for her contributions to the fields of geometry and dynamical systems.

I am drawn to her story for many reasons. She has defied the odds in countless ways in order to reach a pinnacle of success that few ever achieve. She was among the earliest female participants in the International Mathematical Olympiad, a prestigious problem-solving contest for high school students. The Olympiad began in 1959, and today over 100 countries take part. Mirzakhani participated in 1994 and 1995, winning gold medals at both, and achieving a perfect score in 1995—an amazing feat considering that even as late as 2014, only 56 girls participated in the Olympiad, compared to 526 boys.

I can also connect to her story on a personal level. Her original career goal was to become a writer; however, when she was exposed to geometry an entirely new world opened up to her.

I was always very smart and did well in school. In junior high I was the first girl to win the science award. I took many classes early, including math and science classes. One of my first dreams was a career in aviation; flying fascinated me. Also, when I was in eighth grade, I was selected to travel with a group of students to the Koster dig site in Illinois. It was then that I decided that becoming an archaeologist was also a possibility. That, however, was before I set foot in Mr. Hummiston’s geometry class. Although I did well in algebra, geometry was a different matter. When math became spatial, I struggled, and Mr. Hummiston was quick to point that out to everyone in the class: ‘Diane seems to be having trouble proving this theorem. Can someone please help explain it to her?”

Moving from biology to physics brought similar struggles, and before long, I dreaded all math and science, and let go of the dreams of aviation and archaeology. Similarly, at one point I toyed with the idea of becoming an interpreter, since I loved to travel and had a good grasp of the Spanish language. In graduate school, I was the only student in my program who passed the foreign language exam, which required translating literature from a foreign language to English. But again, I began having doubts because I hadn’t spent time abroad and wasn’t fluent; therefore, I didn’t feel I was good enough. I certainly didn’t want to fail. So I remained an English major, which was the safe thing to do.

Interestingly, Mirzakhani did not do well in her first math class at Farzanegan middle school for girls in Tehran. Her math teacher didn’t believe in her abilities, and undermined her self-confidence: “It’s so important what others see in you. I lost my interest in math” (quantammagazine.org). Yet the next year she found a teacher who believed in her abilities, and she never looked back. Some of the biggest stumbling blocks we experience as women stem from a lack of belief in ourselves. We aren’t taught to be confident in our own abilities, or if we are taught this, somewhere along the way the images and messages we are bombarded with slowly erode our belief in our own competence, and the self-doubt that results can be overwhelming.

Today Mirzakhani is a mathematics professor at Stanford University, where no doubt she encourages other young women to believe in themselves and their abilities. Her story should be included in the middle school curriculum of all schools; this is such a critical time for girls as they face the pressures of conforming to gender stereotypes and can begin doubting their abilities in math and science. Perhaps this explains the fact that only a handful of US girls have ever qualified for the International Mathematical Olympiad. We need to do better, and if we share her story, Maryam Mirzakhani will certainly serve as inspiration.

To learn more about Mirzakhani in her own words, click here.

Who was your most inspirational teacher in math or science? I would love to hear about teachers who sparked your passion.

A Strong Woman’s Voice is Silenced

Where Do I Go From Here?