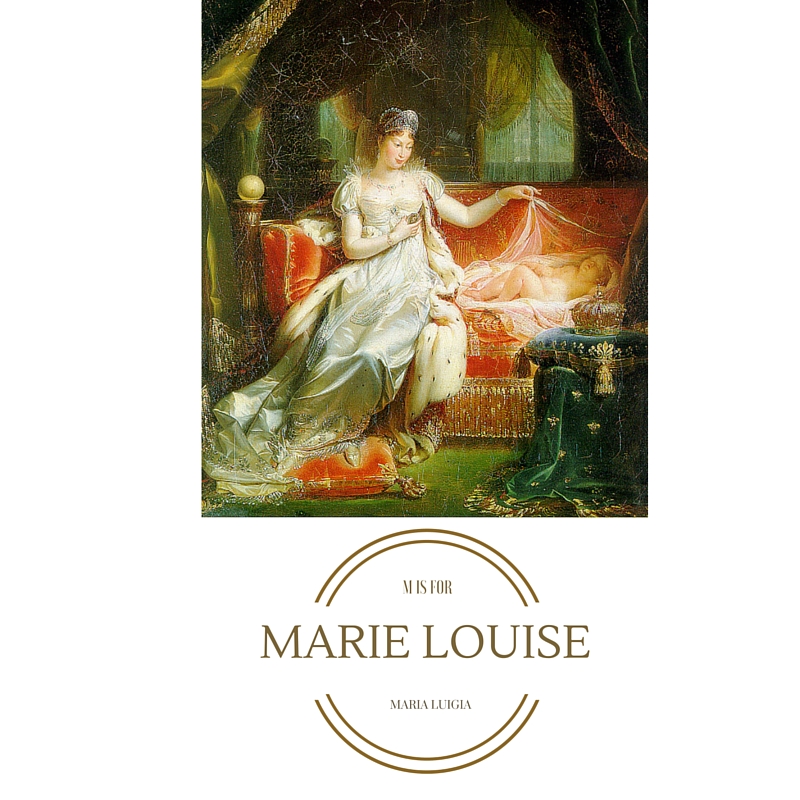 Each week for 26 weeks, I am publishing a post about women who are not widely known but should be—women who can inspire us, teach us, and encourage us to get out of our comfort zones and reach for our dreams. Week 13 of my A to Z challenge introduces us to Archduchess Marie Louise de Habsburg-Lorraine (Maria Luigia).

Last summer I realized a lifelong dream when I toured northern Italy. I purposely chose to travel off the beaten path. I had no desire to suffer the crowds in Rome or Venice. I wanted to get a real feel for the country that some of my ancestors had called home, especially the city of Parma, where they had resided.

Upon arriving in Parma, I immediately sought out a phone book, and smiled when I saw that there were still three families with the surname Zazzali living there. On a tour of the city with a local guide, I noticed that many of the public buildings were painted a beautiful shade of yellow. When I asked if there was a reason for this, the woman smiled, and said, “Those are all Maria Luigia’s doing—of course you know of her, no?” 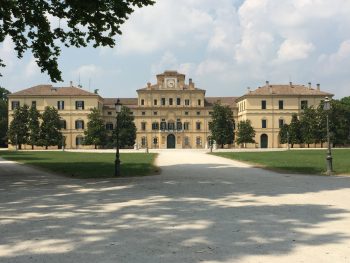 She was born in Vienna in 1791, the first child of Emperor Franz II and his first wife, Maria Teresia of Naples and Sicily. In 1809, she was thrown into a political firestorm when she was betrothed to Napoleon Bonaparte—a leader who stood for everything she and her family were against—because her father had been convinced that the union would benefit the state. As Napoleon’s second wife, she became Empress of the French, and gave him the son he so desired to be his heir. After Napoleon’s defeat and exile in 1814, Marie was sent back to Austria with their son.

History judges her harshly for the decisions she made next, leaving her son in Austria and eventually becoming romantically involved with the Comte de Neipperg while still legally married. Yet at the Congress of Vienna she was awarded the duchy of Parma, where she took up residence in 1816. She eventually had three children with Neipperg, marrying him in 1821 after Napoleon’s death (napoleon.org).

While she had little control over her own life up until this time, she thrived in Parma, and was well loved as a benevolent ruler (except for a brief period when she was forced out by a rebellion that occurred following a change in governing policies after Neipperg’s death). As ruler of the city of Parma, she oversaw the reorganization of the public welfare system, and established the equality of women in heritage, passing a law that enabled women to inherit equally to men. She abolished many cruel customs and punishments of the old code by creating a new penal code in 1821, and allowed publicity in criminal trials (nndb.org).

She became known and loved as the ‘mother of her little duchy,’ as she ruled with care and concern for the citizens. Upon her death in 1847, her popularity was evidenced by the intense mourning that took place while her body lay in state: “during these two days a crowd of all classes flocked to the chapelle ardente ‘to gaze quietly and respectfully for the last time on the yet unaltered features, with all the reverence and affection of subjects” (qtd. in Cuthell).

“’She governed her states,’ writes the Abbé Mislin, at her death, ‘with the kindness of a mother, and she spontaneously gave them, thirty years ago, the wisest enactments, such as to-day are eagerly demanded of sovereign authority. For centuries, monuments of all kinds will attest her munificence. Hospitals, museums, libraries, churches, prisons, institutions of charity, of administration, of construction, of public utility, all have been founded, maintained, and improved by her, and have constantly been the object of her care and liberality. These are reforms but little valued by the man in the street, but they will be appreciated eternally in the hearts of her people’” (qtd. in Cuthell). 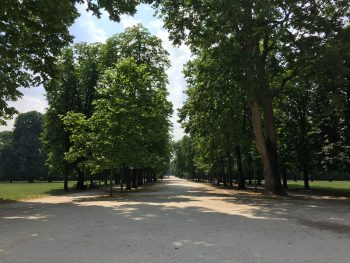 After hearing her story, standing in a beautiful public park that she created, surrounded by stunning architecture—all painted yellow—I was overcome with profound respect and gratitude for the Duchess of Parma. If you are lucky enough to travel to Italy this year, you can celebrate the bicentenary of her arrival in the city.