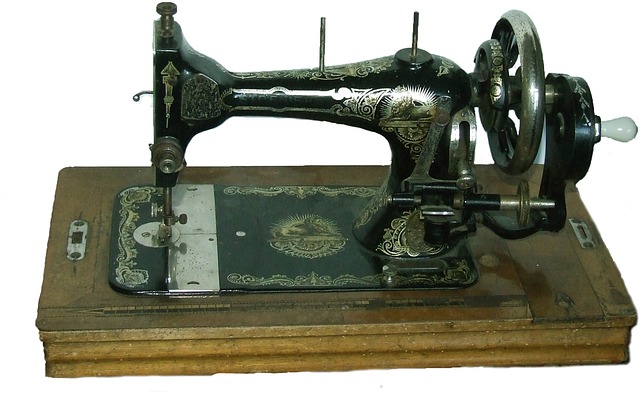 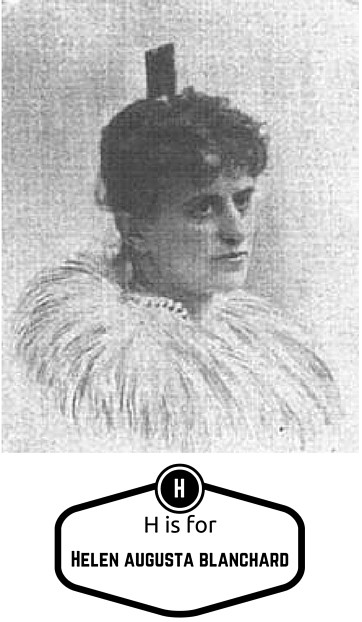 Each week for 26 weeks, I am publishing a post about women who are not widely known but should be—women who can inspire us, teach us, and encourage us to get out of our comfort zones and reach for our dreams. Week 8 of my A to Z challenge introduces us to Helen Augusta Blanchard.

My one foray into sewing did not turn out well. Back when I attended K-12, girls were still expected to take sewing and home economics. I took both, with little success. I also took typing. I still remember that the typing teacher, a man, made me cut my fingernails, and I wasn’t happy about it. He was also amazed that I had to use my left pinky finger to type the first five letters of my last name: ZAZZA. I have to admit that typing is the one class that proved to be useful. After all, I am using those skills right now. Sewing was another matter.

Betty Armstrong taught sewing, and she was terrifying. We had two projects over the course of the semester—an A-line skirt and a jumper of some sort. Both efforts on my part were abysmal failures, which wouldn’t have been so bad if we didn’t have to wear the finished product to school once we had completed it. The entire experience was mortifying, but it left me with extreme respect for anyone who could actually sew—except maybe Mrs. Armstrong. She simply terrified me.

I tell this story as an introduction to Helen Augusta Blanchard. I don’t actually know how well Helen herself sewed, but I do know that over her lifetime she received 28 patents, and 22 of them related to sewing. She was one of six children born into a wealthy ship owner’s family in Portland, Maine in 1840. After her family lost their fortune and their homestead in the business panic of 1866, Helen realized she would have to step up and help make ends meet. She did so by inventing things—lots of things.

In 1873, at the age of 33, she received her first patent in Boston for a sewing machine. The machine, known as an overseaming machine, could simultaneously sew and trim knitted fabrics. A model is currently on display at the Smithsonian Institution’s Museum of American History. She received eight more patents over the next three years, all of which were related to improving sewing methods or adding new attachments to existing machines (American Women in Technology: An Encyclopedia). 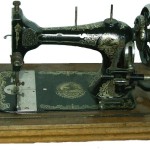 Helen then moved to Philadelphia, where she was issued additional patents for sewing machine needles and a spool case. During the following 16 years she received eight more patents. All but two of them were related to sewing. The others included patents for a pencil sharpener and a surgical needle. Between 1900 – 1915 she received nine additional patents (American Women in Technology: An Encyclopedia).

As a result of her inventions and the founding of her company, the Blanchard Over-Seam Company (established in 1881 in Philadelphia), she had a tremendous impact on the commercial textile, knit sewing, hat and corset industries. She also became quite wealthy in her own right, buying back her family’s homestead in Maine, and returning to live there in 1901 (modernnotion.com). What impresses me most about Helen is that she dedicated much of her time to philanthropy, with women as her focus. She was especially concerned about women who might be experiencing hardship as a result of industrialization (which included her machines). She became known for her generous and unpretentious manner, as well as her support of other women.

Helen continued to work on new inventions until suffering a stroke in 1916. She died in 1922 in Providence, Rhode Island, at the age of 82.

Images courtesy of Wikipedia and Pixabay.

#iamsubject project – Love and Other Possibilities