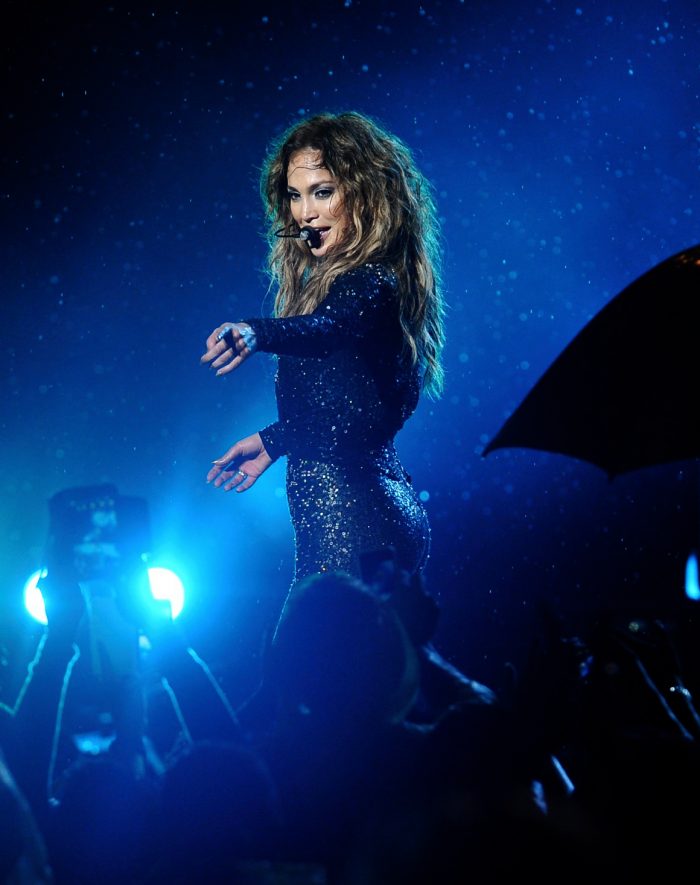 Last night, while at a Super Bowl party, I found myself in the uncomfortable situation of being the perceived feminist authority in the room during the halftime show. Yet I was far from the only uncomfortable person gathered around the big screen. While many of the men responded in fairly stereotypical fashion, I got a sense that some of them weren’t completely at ease with the role they felt compelled to play. The boys in the room seemed confused—unsure of themselves—trying to adhere to the masculine role by objectifying, while at the same time sneaking uncomfortable glances at their mothers from time to time. There were no girls at the party I attended. The women? Well, some seemed to enjoy the show, while others openly voiced their criticism of what they perceived as hyper sexualization and self-objectification (yes, as a women and gender studies teacher I am likely applying my own lens here).

Yet because I am an educator, I am also curious about others’ interpretations, so I hopped online today to see if there was any consensus the morning after. There wasn’t. I understand the criticism that the show was hyper sexualized. I agree with that criticism. I understand the praise for their strong political statements – particularly by calling attention to the crisis at the border and by reminding us that citizens of Puerto Rico are also US citizens. I agree with that praise. And while I do feel that I gained perspective by reading pieces like the one written by Cara Harbstreet, I disagree with her statement that these women weren’t self-objectifying. Here’s why.

Two of the concepts I teach are embedded feminism and enlightened sexism (courtesy of Susan Douglas’ Enlightened Sexism: The Seductive Message that Feminism’s Work is Done). Embedded feminism describes “the way in which women’s achievements, or their desire for achievement, are simply part of the cultural landscape” (whether that reflects reality or not) (Douglas). Enightened sexism, meanwhile, “insists that women have made plenty of progress because of feminism—indeed, full equality has allegedly been achieved—so now it’s okay, even amusing, to resurrect sexist stereotypes of girls and women. More to the point, enlightened sexism sells the line that it is precisely through women’s calculated deployment of their faces, bodies, attire, and sexuality that they gain and enjoy true power—power that is fun, that men will not resent, and indeed will embrace. True power here has nothing to do with economic independence or professional achievement (that’s a given): it has to do with getting men to lust after you and other women to envy you. Enlightened sexism is especially targeted to girls and young women and emphasizes that now that they ‘have it all,’ they should focus the bulk of their time and energy on their appearance, pleasing men, being hot, competing with other women and shopping” (Douglas).

I know—you are already protesting. I hear you. I do. And women should be empowered through healthy sexuality. We need so much more of that (in addition to acknowledging that healthy sexuality has no age limit). What I worry about are the countless girls and women I see who turn to self-objectification from unhealthy places—to fill voids because they don’t have core self-esteem; they instead learn to rely on situational self-esteem (Gloria Steinem, Revolution from Within: A Book of Self-Esteem). I was one of those girls. I didn’t believe I was loved and lovable, valued and valuable, for simply being. Because of that void, I turned to situational self-esteem, finding value in what others thought of me—needing their attention and approval. So many girls and women turn to self-objectification as a coping mechanism, and it can be incredibly destructive.

I admire Shakira and J.Lo for their strength, their voices (musically and politically), and their beauty. They are powerful Latina artists, and yes, we need much more of that as well. But I can also be critical of them for bending over and sticking their bare asses in the air, and for choreographing their dancers to lie down, then lift and spread their legs. That criticism doesn’t come from a place of horizontal hostility or prudishness. It comes from a place of genuine concern for girls and women and how they are viewed – by themselves and by the society in which they live. I started I Am Subject in 2012 with the following goal—to keep girls and women subject of their own lives, not object of someone else’s. I continue to pursue that goal each and every day, and it’s complicated, messy, painful, confusing, beautiful, and life altering.