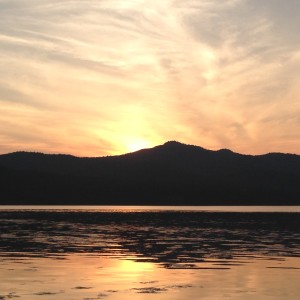 I was driving to a meeting when my cell phone rang. It was my sister, Donna.

With those two words, I knew. I knew it wasn’t my elderly parents, one crippled with arthritis and one suffering from lymphoma. I knew she was calling about my oldest sister, a fifty-two-year-old woman addicted to prescription painkillers. I pulled over.

Of course she was gone. She had been gone for thirty years, ever since she took her first pain pill. And in those thirty years, my parents had supported her and her children, providing money for rent, electricity, food, and clothes. And all the while, her addiction grew. She eventually lost what little she had, and my parents took her in. What else could they do? They had enabled her for so long; we all had. It was there, in my parents’ home, that she overdosed. At the time of her death, my sister was taking eleven medications. Four of them were narcotics.

“Are you all right?” Donna’s voice pulled me back to my car on the side of the road in Thornton, Colorado.

“Yes,” I answered. I hung up the phone, drove five more miles to my meeting, walked in, and completely broke down.

I never heard my dad say the words “I love you” to anyone, even my mother or his own mother. It used to be a game to me. I would say “I love you” just to see what he would do. He would nod uncomfortably and utter “Uh-huh” or “Yep” before turning away. The game stopped a long time ago, though, and it was the last thing on my mind when I made my Christmas Day call to my family.

Dad hated to talk on the phone. In part, I think that his hearing loss later in life made it difficult for him to carry on a conversation over the phone. And the tumor growing on the back of his tongue made it increasingly difficult to speak clearly. Yet Christmas was an exception, especially as it had only been two months since my sister’s death. When I called my family in Vermont from my home in Colorado, I spoke to everyone who was there, an ever-shrinking group that included my mother, my sister Donna, my nephew, and finally my dad. When I heard his weak and struggling voice on the line, my own voice faltered. The man I had once feared, the man who had used alcohol as a weapon, the man who had to maintain power and control no matter the cost, was gone. In his place was a weak, frightened, vulnerable human being who had recently lost his daughter and was facing his own mortality. I don’t remember exactly what we talked about during our brief conversation, but before I hung up the phone, I said the three words I always said: “I love you.”

His reply came without a moment’s hesitation: “I love you, too.” The line went dead before I could comprehend what had just happened. I hung up the phone and wept until there were no more tears. I had no way of knowing then that these would be the last words my father would ever say to me—words I had waited a lifetime to hear.

The first call came at 10 am on April 28th, the day before my last classes of the semester. Once again, it was my sister Donna’s voice on the other end of the line.

“Dad’s taken a turn for the worse. I think you need to come.”

I had wanted to go for weeks, ever since he stopped chemo and started home hospice. Yet every time I asked, my sister and mother, in chorus, chimed “not yet.”

“Of course you should still go,” I insisted. “I’ll catch the first flight I can.

I cannot replicate the sound that emanated from my very core. It wasn’t quite human. I sank to the floor. He didn’t wait for me.

Enveloped in a thick fog of grief that soaked me to the bone and slowed my steps, making me feel as if I was walking under water, I held my last classes and collected my students’ final papers. My sister flew out of Burlington International Airport hours before I flew in. I was overcome with a haunting sense of déjà vu as I traveled the same route I had taken six months before—from Denver through Philly to Burlington. When I arrived at my parents’ house, my mother was alone for the first time in her life. She looked smaller than ever. I held her. Neither one of us said a word. Neither one of us cried.

The next day I climbed into my father’s old Buick and pointed it in the direction of the funeral home, where I was now on a first name basis with the funeral director.

I picked out an urn. I signed all the paperwork. Then we went  to see my father. Walter opened the door and allowed me to enter the ice-cold room before him. I turned and said, “Walter, I have things to say to my father that you might not want to hear.” He nodded solemnly and whispered that he would be waiting for me just outside the door. As I approached my father, the first thing I noticed was that he was wearing the Colorado Rockies shirt that I had sent him the previous Christmas; somehow, that realization nearly brought me to my knees. I took the time to say what had to be said—that he had not been the father I needed, but that I was all right now, and most importantly, I had broken the cycle with my own family and my own children. I wanted him to know that.

My father did not want a memorial service of any kind. So after he had been cremated, I simply had to go pick him up and bring him home. It had been raining in Vermont every day since I had arrived. The lake level had reached a record breaking 104 feet, and countless homes, roads, and businesses had been flooded. It was a once in a generation spring storm season. My dad would have loved the drama of it.

When I arrived at the funeral home, Walter was waiting, and he held the door open for me as I stepped through to the familiar vestibule, where I knew my father would be waiting on the front table, where my sister was waiting a few months before. The urn, a solid Vermont marble box with a jumping fish painted on the front, was too heavy for me to lift. I was terrified that I would drop it on the rain soaked steps and it would shatter, scattering shards of stone and what was left of my father all over the parking lot. So Walter carried it for me. We managed to make it down the steps to my father’s old Buick, and I opened the passenger door so that Walter could place my father on the seat. Officially finished with his duties, Walter was quick to offer condolences so that he could sprint back inside, out of the cold April deluge.

As I buckled my seat belt, I glanced beside me and wondered if I needed to buckle in the fish box. I decided against it and instead started the car, a boat compared to the old Subaru I drove back in Colorado, and began to ease my way out of the lot for the thirty-minute drive home. Just me and dad—two people who would never have chosen to be alone together when he was alive. I couldn’t stand any of the country stations he had programmed into the radio, so I hit the search button. A tune that sounded like something I could tolerate hit my ears. I didn’t recognize it. I later learned that it was “Better Days” by the Goo Goo Dolls. As I listened to the words and the rain and the windshield wipers, I began to smile, then sob, and continued to do both in equal amounts all the way home.