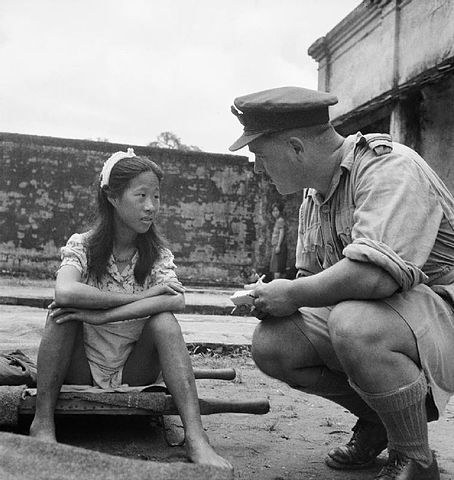 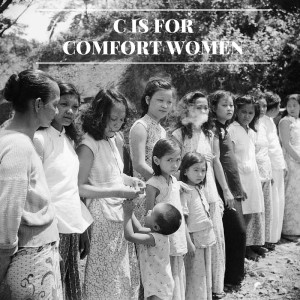 Each week for 26 weeks, I am publishing a post about women who are not widely known but should be—women who can inspire us, teach us, and encourage us to get out of our comfort zones and reach for our dreams. Week 3 of my A to Z challenge introduces us to the Comfort Women of WW II.

“The so-called ‘voiceless’ in our society and in history remain voiceless, not because they do not speak out but because people refuse to hear their voices.”  ~ Dai Sil Kim-Gibson

During World War II, an estimated 200,000 women were forced to serve as ‘ianfu,’ or comfort women, for Japanese soldiers. Most of the women who were forced into sexual slavery were Korean (Koreans were colonial subjects of Japan from 1910-1945); others came from China, Taiwan, and Indonesia. Young Korean women were targeted because Japanese military planners considered them racially inferior to the Japanese, and also free of sexually transmitted diseases due to their Confucian belief in the importance of female chastity: “Within brothels, the suffering of comfort women were intensified by Confucian values of chastity they had internalized. In the words of seventy-year-old Hwan Keuju, ‘[The soldiers] had no idea that for us, Korean women, chastity was more precious than life itself’” (qtd. in Park 29).

These women were subjected to repeated rapes (reports from the women themselves detail 10-50 assaults daily), starvation, hard labor, physical torture, and verbal abuse. Following the war, those who survived were reluctant to speak of the atrocities inflicted upon them. They knew if they shared the brutal truth they would suffer stigma and isolation: “Survival meant the end of one nightmare and the beginning of another which entailed struggling on their own with disease, debilitating injuries, and severe psychological trauma. Victim-blaming attitudes often drove them out of their parents’ homes and forced them to live, or often die from, a hard life of constant labor and suffering. Some women had to have their uteruses removed because of diseases and damage from countless rapes. In a society that attached great importance to the birth of heirs, the sterile women could not marry. Of those who managed to eventually marry, many divorced early because of infertility or because their husbands had found out about their past” (Park 26).

For decades, the world ignored the atrocities committed against these women. Japan destroyed most of the evidence related to the war brothels immediately after the war ended. Other countries that wanted to keep trade relationships with Japan chose to ignore the war crimes. And the Allied forces, including the United States, even though they had knowledge of the comfort women—the US had repatriated many of them—also turned a blind eye: “The United States knowingly and by choice neglected war crimes of the highest order—comfort women, the infamous Nanjing Massacre in 1937, and the gruesome biological warfare program conducted by Unit 731” (Kim-Gibson 48). Many believe that the US ignored these war crimes and instead offered economic help to Japan because the US had turned its focus to the Cold War (48). 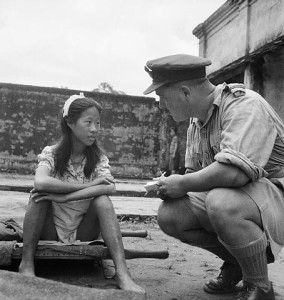 Japan and Korea seemed complicit in their attempts to keep war crimes under wraps. In 2005, however, declassified documents revealed that South Korea had agreed not to make further demands after receiving $800 million from Japan in 1965: “These documents detail the minutes of the 1965 Treaty on Basic Relations, and disclose that the South Korean government, after receiving $800 million in grants and soft loans, agreed not to pursue any further compensation from Japan. Of the $800 million, it had specifically demanded $364 million as compensation for an estimated 1.03 million Koreans conscripted to labor or military service during the Japanese occupation. When the government closed payments in 1975, however, it had only distributed a total of about $2.5 million to victims, using the remaining $361.5 million for large-scale economic projects” (Park 28).

It wasn’t until the 1990s that the surviving women themselves began to testify, and the United Nations condemned the ianfu system as a war crime and a crime against humanity (Park 27). And unbelievably, it took until December of 2015 for Japan and South Korea to settle the issue formally–if, indeed, it can ever truly be settled. Although Japan had previously apologized, and a private fund had been established in 1995 to assist victims, the Japanese government itself had not provided monetary compensation. Sadly, very few of the victims—only 46 in South Korea—were still alive to witness Japan formally apologize and agree to pay $8.3 million to fund victims this past December (BBC). Such a gesture was way too little, way too late.

“What was inflicted on these women was far beyond the moral and intellectual wrongs simply to be condemned in sermons and lectures; it was a violation of human spirits, both individual and collective. The evil performed with the shameless justification of comforting soldiers in a brutal war is the common grief of humanity that should be felt and mourned. I humbly invite you to step outside the ivory tower whenever and wherever needed to help bring the chorus of memories of the past, depict accurate pictures of the powerful and powerless. I humbly invite you to mourn the wrong committed against these grandmas, celebrate their resilient spirits embodied in long accumulated sorrow, han, and in azalea bushes that never fail to blossom each spring and in mountain streams owing underneath the thick ice in the winter. I invite you to hear their voices and to bring the silenced past into the present and to a future that should never repeat the unspeakable crimes against ourselves, humanity.” ~ Dai Sil Kim-Gibson

C is for Comfort Women, whose voices need to be heard.

Pope disappoints with his decision to support reprimand of US nuns