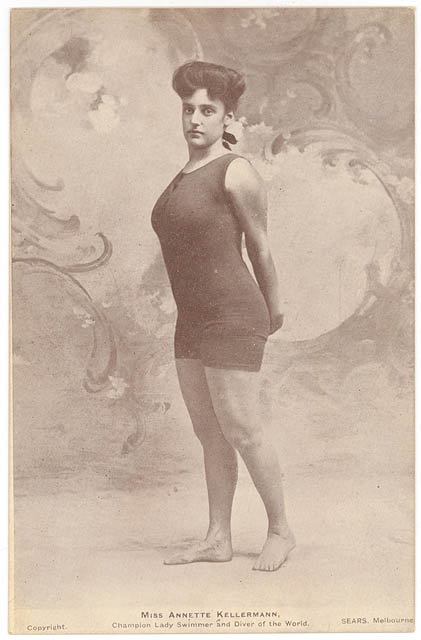 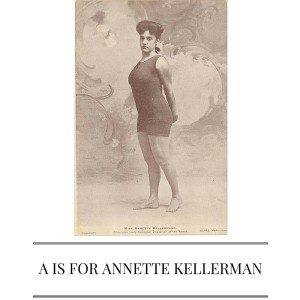 I have been inspired by my many friends who are participating in the 7th Annual A to Z Challenge, where they commit to writing a blog post every day in April (except Sundays), progressing through the alphabet (April 1st is A, April 2nd is B, etc.). I have a tough enough time trying to post a few times a month, so I knew I was not up for the intensity of this challenge. However, it did get me thinking about what I could do that would be meaningful for me and for readers. I can commit to one blog a week, and I like the alphabet idea, but the writing topic needs to be one close to my heart. I finally decided that each week for the next 26 weeks, I will publish a post about a woman who is not widely known but should be—women who can inspire us, teach us, and encourage us to get out of our comfort zones and reach for our dreams. And at the end of 26 weeks? Well, there are millions of incredible women to research, so I could always start over, and I might just create a space where educators who would like to incorporate more women into their curriculum could easily access the ones I have shared.

I had not heard of Annette Kellerman until a BBC headline caught my eye: “Annette Kellerman: Hollywood’s First Nude Star.” After reading the piece, I learned that in 1916 she was the first actor—male or female—to appear nude in a mainstream Hollywood film. She appears naked in the fantasy drama A Daughter of the Gods, although her long hair covers much of her body. While such a first would certainly be provocative, it didn’t begin to scratch the surface of this multi-faceted woman.

Annette Kellerman was born in Australia in 1886; her parents were accomplished musicians who ran a music conservatory in Sydney. After she was diagnosed with rickets, she took up swimming in an attempt to strengthen her legs. Her competitive nature took hold, and before long she was beating the boys in every race. In 1902, at the age of 16, she held the women’s 100 yard world record, as well as the mile championship of New South Wales. After her family suffered some financial setbacks, she added underwater performances at the Melbourne Aquarium to her repertoire (Schmidt and Tay).

In 1905 she traveled to London with her father, and began competing in long distance swimming. She also attempted to swim the English Channel—the first attempt by a woman—and made it three quarters of the way in 10 ½ hours. By 1907 she had reached celebrity status as the “Australian Mermaid,” which helped her to launch a career as a vaudeville star, first in Chicago and then in Boston. It was in Boston that she was arrested for wearing her signature one piece “man’s bathers” at Revere Beach. The resulting publicity only enhanced her popularity. At the time, female beach goers wouldn’t venture into the water without knee length dresses over bloomers and stockings, complete with bathing slippers and swim caps. It’s amazing they didn’t drown from the weight of all those layers of clothes! Years later, when asked about the incident, Kellerman still remembered it vividly: “We were all terribly shocked, especially my father, for I was his innocent protected little girl. But the judge was quite nice and allowed me to wear the suit if I would wear a full-length cape to the water’s edge” (boston.com). In fact, Kellerman was widely credited for launching the modern day one-piece bathing suit for women. Yet, when the bikini debuted in 1946, she was not a fan: “The bikini shows too much. It shows a line that makes the leg look ugly, even with the best of figures. A body is at its most beautiful when there is one beautiful, unbroken line” (boston.com).

Her growing fame led to a career as a silent movie actor as well as an author of fairy tales and beauty and fitness books. She was indeed a woman ahead of her time, and her Australian roots may have inspired her ambition. White women in Australia were given universal suffrage by 1901, nineteen years before US women gained the right to vote. She also left her homeland as a young woman, widening her social circles while earning her own living and subverting gender stereotypes: “It is possible to regard Kellerman as a predecessor of feminism in equating women with men, especially through taking on the masculine role as the savior in her films….Kellerman was no simpering heroine awaiting rescue by a strong and dominant male; she determined to be both heroine and hero” (Schmidt and Tay). Even though she was associated with physical beauty—she created many of her own costumes—she also competed against men: “Kellerman promoted the idea that women could take control of their bodies and express themselves through physical fitness and a modern idea of self-improvement” (Schmidt and Tay).

A is for Annette Kellerman, a forward thinker who embodied gender equality.

Rape kits in Colorado are not being tested